Mom, we need a PS4 this Christmas. I was like, why we have a tradition to gift your child? My 6 yr old twin daughters are having a big personality and they know what they need. But I always have a doubt that video games are good or bad for kids.

All of we heard that video games always make a bad impact on children. Are video games bad for your brain? Are there any positive impacts of video games? 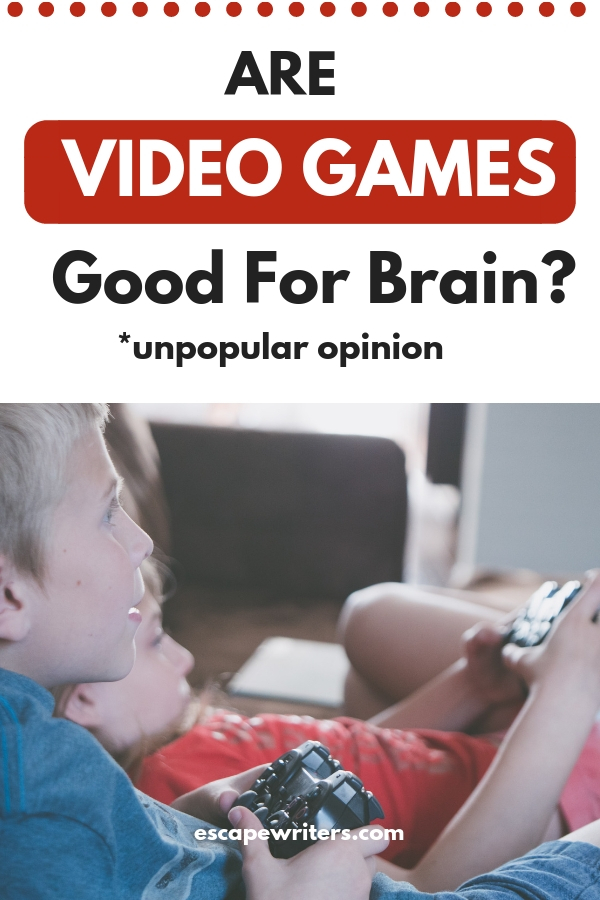 So I searched on the Internet and found that scientifically it’s not proved that video games are bad for the body and brain. So there are some reasons why video games are actually good.

The debate is still open, but yet not proved that video games have a direct influence on a child’s brain to do violence.

The only factor you need to take care of is having an addiction to play video games. Spending too much time is absolutely the major reason why people think that video games are bad for you.

But if play some good strategic and brainstorming video games with a limitation to play per week, there is no harm in playing video games.

Are video games good for the brain?

Video games are actually good for brain development. How?

Video games actually increase grey cells. Scientifically it’s proven by an experiment that a group of people who played Mario64 had a significant difference in brain structure over time.

Video games are helpful for those who have mental disorders. The patient with schizophrenia, post-traumatic stress disorder, Alzheimer can actually feel better by playing some strategic games. Playing strategic games like Starcraft can increase brain flexibility. All we need to do is choose a better game.

Sometimes video games help you in recovery from chronic illness and really good for your physical health too. Video games shift your focus from pain to competition, that’s why a video game is good for both brain and body.

Video games can enhance your problem-solving abilities in kids and teens. Each level is difficult from the previous one and you need to focus more. One of the best positive impact of video games on kids.

You must have to coordinate eye and hand movement while playing video games. So you can multitask easily.

The video game can improve your self-esteem and your kid try to make more friends who have a common interest. Playing video games is not bad for as you think before.

And this reason is my favorite: video games may slow down the aging process. What?!!!

Playing some brain teasing video games around 2 hours per week can slow down the aging process. Video games which are cognitive complex require mental efforts to play. Which cause the same effects on your brain as physical exercise does for your body.

I think these are enough reason for me to rethink my prejudices about video games.

So the second thing what you will think about before purchasing PS4 games? PRICE.

How to get cheap PS4

Yup, we all love to bargain and grab cheap deals. So I searched about cheap deals for PS4 games and luckily found greats deals HERE.

Playing video games is an expensive hobby and I am so happy to get some great deal on PS4 here in the UK.

LatestDeals have a wide range of retailers for video games. Even you can rent PS4 games online through them. You can also trade your old unwanted games through them.

To purchase cheap PS4 video games you can pre-order on Amazon or you can look out for bundle offers. Even you can wait for some time, to purchase a new PS4 game because after some time the price always drops.

Do your kid or teen love to play video games?

Which is your kid’s favorite games in PS4? ( You can also write your favorite too!!!)