One in four of us will have a mental illness at some point. That is a lot of people.

I wanted to become a psychologist. I wanted it so bad that I enrolled in this college when I was 29 years old, after already graduating tourism and with stable employment. I left my old life behind and from then just looked ahead, towards my new goal. 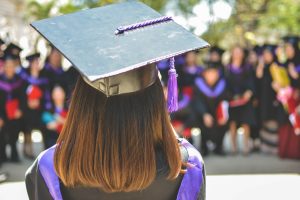 In the beginning I had big dreams (is probably all students enthusiasts), I dreamed that I will discover something so important, something that is for psychiatric diseases such as cancer drug for physical illness. Something that will forever change the course of psychiatry and improve millions of lives. Over time, I put my ambition under control and paid attention to possibilities, so I was looking forward to that day when I may be able to change at least one life for the better, and to reduce suffering of at least one person (though, we should never stop dreaming those big dreams too :)).

My goal is to see that mental illness is treated like cancer.

In the beginning of my studies soon I got the feeling that I know and understand everything about human psychology. That feeling had been decreasing from month to month, until I finally realized that I don’t know anything and this is only the beginning of the journey of getting to know the human soul.

When you learn about mental disorders in college, you expect every person you meet to be a textbook example of the symptoms of a disorder and that you will easily be able to evaluate it. It is one of the biggest misconceptions.

Once you’re labeled as mentally ill, and that’s in your medical notes, then anything you say can be discounted as an artefact of your mental illness.

What is important to take from your student classrooms is the insight that all may or may not be the way you see it or someone else sees it, and you should never make a conclusion about anything, especially about a person, too early. Human being is something that is most complex and most complicated on this planet(no matter what other scientists have argued 🙂 ). This is because each person is unique. And every single one of them, no matter how much she fits into some category, has its own story.

She came here because she feels that her brain does not work as good as before. She went abroad to work and that’s when it happened for the first time. A complete collapse. She had to return immediately, because she knew that something is seriously wrong. She knew even before those events that she cannot adapt to the new environment, it was all too much for her. But people are people, always wait until the situation becomes alarming.

They found that she had a psychotic episode and they gave her medication. She now collects the pieces of her life, the one from before, happy and fulfilled, trying to fill the cracks.

Her brain is fine. But she will never have the same self-confidence as she had before.

He says he came here because he had too much work recently, he was exhausted and dejected and he took some drugs on his own. He is ashamed of it and he knows he did the wrong thing. After that, he felt even worse.

Now it’s great. There are no problems. While I was talking to him, I couldn’t stop thinking that there’s something more there. He denied everything. He said he had no other problems. 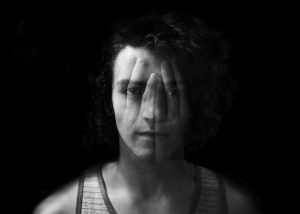 A day later I learned that all that lasts a lot longer. And that is much more serious. His mother says that he felt tremendous fear and that he thought he was being followed, he even talked to someone who was not there. He gave up everything and didn’t bother to get up from his bed. He was also rude to her. Doctors said that he has schizophrenia and personality disorder.

He told me how he was a favorite buddy during his childhood. He can’t make friends now. He will never be as proud of himself as he was before.

A beautiful woman, with impeccable look. Neat blond hair and deep blue eyes. She has two children and husband. Two years ago, she heard a male voice of the person who wasn’t there. It was mostly insulting, telling her: “That’s an awful haircut” or something like that. Sometimes he orders her what to do. Once she almost hurt her child and wanted to commit suicide… 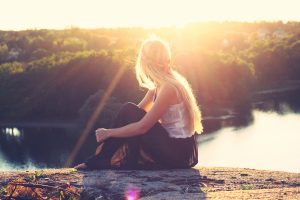 When she is at home, she is sleeping almost all the time. She comes home from work and lies down, sleeps up to 9PM, than she is awake up to 10 P.M. and falls asleep again. Than she sleeps until morning.
She was an unwanted child, she was told that.

She is cheerful and friendly at work, no one could tell that anything is wrong.

No one comes to her house, the husband doesn’t like people around.

But it’s OK, it’s much better now … if only that voice disappeared.

She was diagnosed with bipolar disorder.

She says that she is feeling much better in the hospital than at home. Her life will never be the same.

I watch and listen to these people. I listen and I hate all categories of mental disorders that have ever been invented. I know all this is necessary and helps, but these people have a quite unique lives. They have people they love and who love them back. They have passions, hobbies. They have fears and concerns. They have aspirations and planned future.

They have few things that pressure them so much that their psyche breaks and do not know how to go on. Imagine the amount of pain!

I wanted to become a psychologist and not once did I regretted it. The most important things that I would like people to understand and remember are: do not judge people if you don’t know their story. Even if you know their story, try to see it from their perspective. Something that is little thing to you, means the whole world to them. 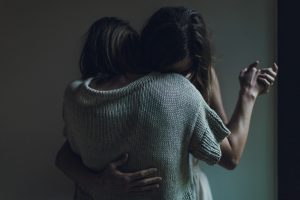 Try to understand. To empathize. Start with loved ones. Ask them how they feel and really hear them. Don’t give them advice but just hug them really strong. Let them know that you are there for them and really be there.

*The names are changed to avoid any similarity with real people; stories are adjusted for the same reasons.

It can be difficult for people to talk about it, because there still is that stigma around mental illness. But I would encourage people to do that, because they’ll be surprised once they do ‘come out’ how many other people have had similar experiences.

This is the other side of story about people with mental illness.

Do you know someone who is suffering the same?

What’s your opinion about mental illness?

How we can create a more supportive and adaptive culture for people who are struggling with such kind of problems?

Marija has two degrees, in Tourism and in Psychology, but the second one is her favorite. Her field of interest is clinical psychology and she likes to discover new ways of helping people to cope with mental health problems, so she started writing her blog Daily Dose Of Mental Health https://dailydoseofmentalhealth.wordpress.com/ to share her knowledge, her experience and her feelings. You can check out her Pinterest profile https://www.pinterest.com/dailydoseofmentalhealth/ to get some additional ideas and motivation. She loves her husband and her daughter Lena and currently lives in Belgrade, Serbia.